Somebody Has to Pay the Bill

In a desire to know
Talking sense can attract needed change
But to them to whom knowledge fails
Obstinately choose, a phony legend
Fanatic devotion to discredited myth

In their passionate outbursts, clear words
Weaving a tapestry of choice interpretations
Words that outline venom and cunning
Lies of ignominy

Being accustomed to animal pleasures
They consume and destroy
More so, do not produce
Their pleasures tied, to a using Party

For a future owed
That deprives the children of truth
That burdens them With the agonies of pain
Be proud!
Posted by Pulso at 8:37 PM 1 comment:

Throughout history, libraries represent the evolution of man, if not man's history itself. Athens had its collection of perishable papyrus in libraries by the 4th century BC, while Babylon and Egypt have rooms with clay tablets as early as the 3rd millennium BC. Aristotle's library was considered the greatest of antiquity. 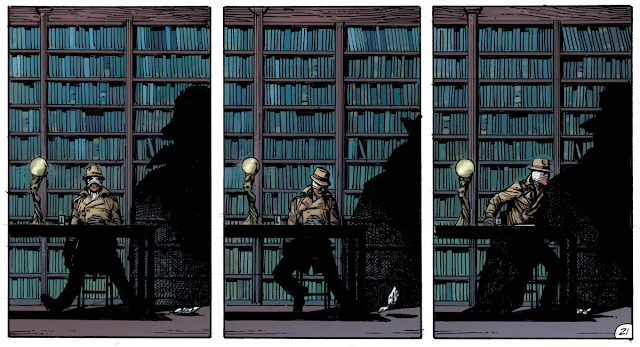 One of pop culture's most famous library at Wayne's Manor, also serves as the secret entrance to the bat cave. (All images & videos courtesy of  their copyright owners).

More than a school and a warehouse for books, the many uses of a library includes as venue for:
1. Museum,
2. training various skills like photography,
3. geneaology room,
4. section for STEM (science, technology, engineering and math) learning for students,
5. media room where users can see videos and listen to music, use internet,
6. movie theater for families, seniors, author lectures,
7. book discussion groups,
8. kitchen,
9. bookstore,
10. business section,
11. outdoor seating with shade,
11. drive-thru to pick up preordered books and return books,
12. source of help for people... and many more (click to view Nas' video).

Public libraries most especially, reflect the government and its people: its limits can only mean the capacity of those people that manage them in the first place. The Philippines for instance, is like many of the Oriental nations that rely on oral and visual "learning" if it can be considered learning at all, thus, hardly aware of the importance of facts, information, or true learning that can be gained more effectively through books, and other materials from libraries (if they exist at all).

Consequently,  the literacy of a nation reflects its culture, and barbarism. Something we Filipinos cannot brag about at this time. 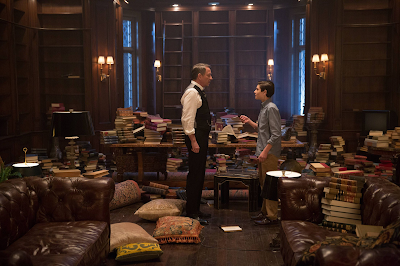 One friend who goes by the name Judge Dredd of the Club Dredd group (by the way, there's an actual comic hero Judge Dredd! and the former, in my opinion, must have taken the moniker as a fan of visual books himself) lived with the Singsons of Ilocos Sur for a while, complained to me one time

I would not have given library thoughts and the lack of "reading" habit for Ilocanos a hoot if not this morning, when I heard my friend Lito Javier at mainstream local media (Bombo Radio) rant about a "useless" library project. I did not hear much about the project, but it strikes me just the same how low Philippine (or the Ilocano) society have come.

And if it is of any consolacion, 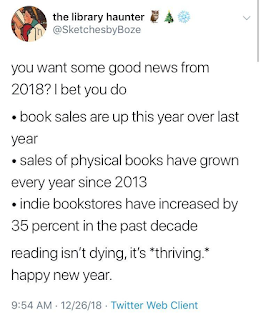 You Need The World to Know?

Get a review from our pros! 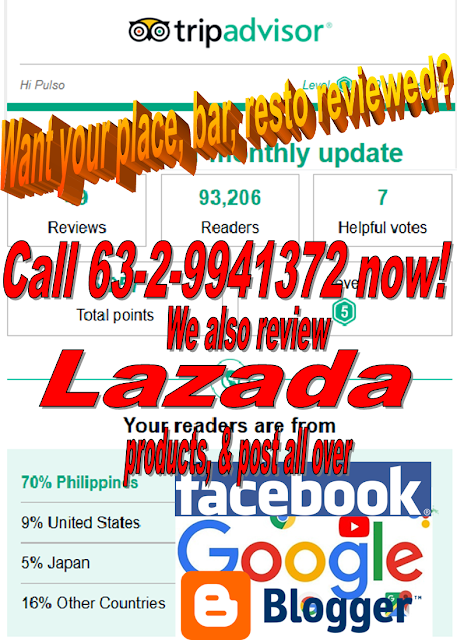 And be seen all over the net! Including FaceBook!
Posted by Pulso at 4:33 PM No comments:

TIME TO TAKE EDUCATION OUT OF THE BOX

It is well past time to wake up and realize that our educational systems are REALLY NOT WORKING the way they should. The problem is that the people who are supposed to work on these things are either fossilized, have an ulterior agenda, or are too comfortably chummy-chummy among themselves to want to think about shaking the status quo.
From what used to be a passion for excellence and distinction, only HUBRIS and mediocrity remains. It seems the best we can aspire to these days is to simply try to copy what others have long been doing and pat ourselves on the back for the humongous effort before relapsing once more into torpid routine. As if using a new system to teach the same old things would make any real difference!
It is not the appearance that counts, stupid! It is the CONTENT!
Instead of nurturing inspired leadership and a drive for innovation, we have wallowed in the fading, reflected glory of eras long past. Instead improving on past achievements, our educational system has become like the pyramids - decaying testaments of past greatness whose real purpose has been forgotten. Are we not ashamed that the best our educational institutions can do is number among the top 100 in Asia and not even in the world? Does no one find this ludicrous? Are the those responsible not at all bothered? Is no one up to the challenge to turn this around?
There are several major issues that seem to have been around for at least as long as the Communist rebellion if not longer.
At this late 21st Century date, how can it be considered “normal” that we not only lack classrooms and chairs but cannot even put together HIGH STANDARD books for our students? Is there even a PLAN or schedule to eventually address this or will we just have to bear with this until the next century?
While Kiko’s stupid child protection law might also be blamed for rising delinquency, the fact is that it is also really up to our education officials to at least recognize and provide some kind of
pro-active actions at the elementary school level to counter this trend. More emphasis on morality, GMRC, citizen’s responsibilities, respect for the law and society, the right brand of patriotism and the like must be made. Aside from memorizing all the cities & provinces & regions, isn’t that REALLY what social studies subjects are for?
It is not just memorizing the WHAT stupid! More important is UNDERSTANDING the WHY!
But aren’t the responsible officials supposed to know that? Why are they in their positions if they do not know something that we do or are too lazy to do what they must?
And so we have delinquent drop-outs and government scholars who don’t understand that scholarship DEMANDS focusing on your studies so you can change or improve your situation and/or the status quo with the knowledge and expertise learned AFTER GRADUATION rather than telling government everything that is wrong with it and plotting against it even though you can hardly pass your subjects!
Isn’t it time we return to the original definition of “ACADEMIC FREEDOM” instead of the distorted, simplistic and irresponsible license to do ANYTHING interpretation our colonial liberal mentality has made us believe.
There are LIMITS and RESPONSIBILITIES that come with academic freedom and these have been so clearly and GROSSLY OVERSTEPPED more and more by even the most prestigious of our learning institutions over the years.
It is not enough to provide FREE education. It is but the first important step.
Restoration of ORDER & DISCIPLINE is a matter that cannot wait any longer.
The huge factor in solving our stagnation as a nation and the key to progress and prosperity lies greatly in the RENAISSANCE & REVITALIZATION of our educational system.
Is there anyone up to this HEROIC task?
Posted by Pulso at 11:05 PM No comments: